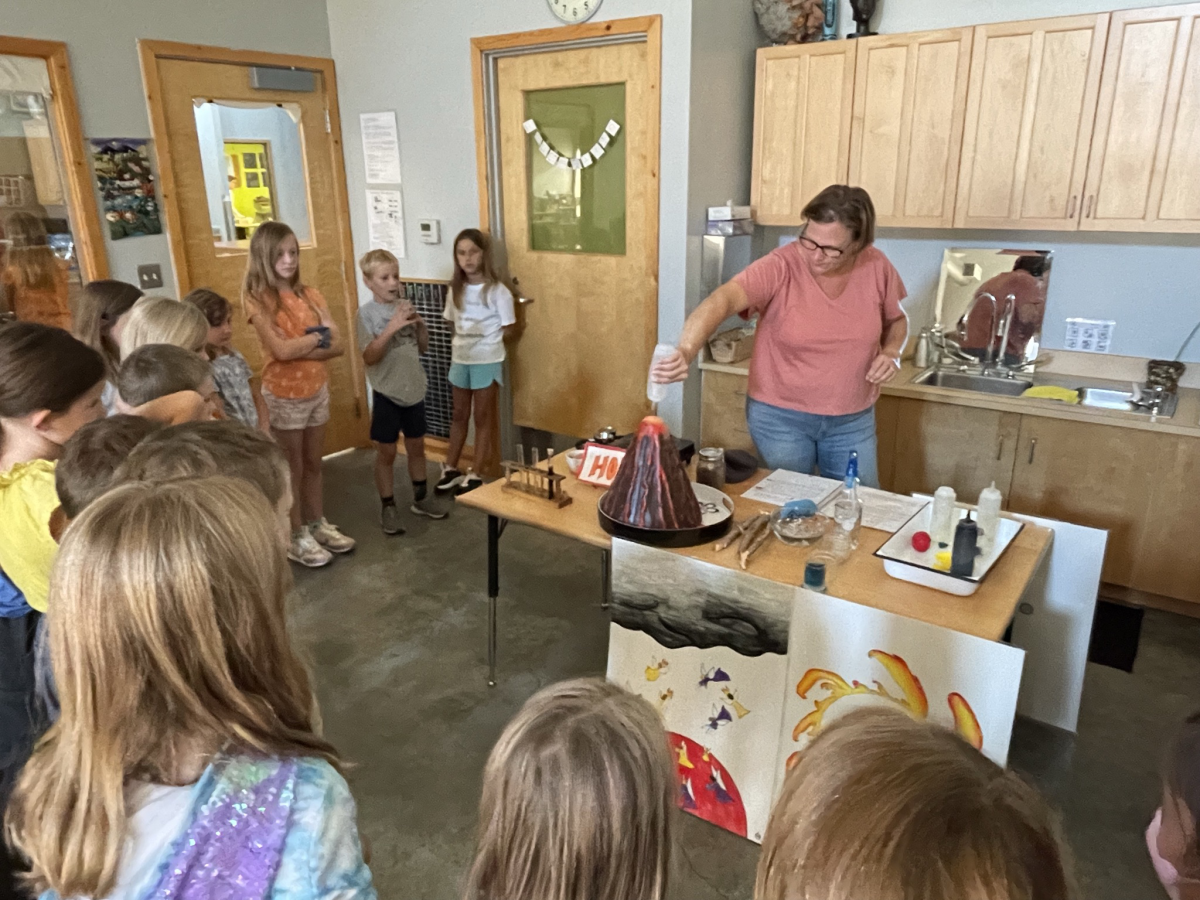 Dr. Maria Montessori’s development of Cosmic Education came out of her observation of children. She recognized the characteristics of elementary children by how they interacted with one another and listened to the questions children asked. Cosmic Education begins with the presentation of the first great story, which tells the story of the universe, and hopefully gives the children a sense of awe, wonder, and connection.  With this presentation, the children have a place to begin organizing the information about the world around them and can begin to study the past in order to understand the present and where they fit into it.

“If the idea of the universe is presented to the child in the right way, it will do more for him than just arouse his interest, for it will create in him admiration and wonder, a feeling loftier than any interest and more satisfying… The knowledge he then acquires is organized and systematic; his intelligence becomes whole and complete because of the vision of the whole that has been presented to him, and his interest spreads to all, for all are linked and have their place in the universe on which his mind is centered.” (To Educate the Human Potential 6).

The second plane (ages six to twelve) child’s imagination takes them beyond the story that is being told. During the telling of the second great story, the Timeline of Life, a child said, “It’s like the earth was preparing this big party. Just for us.” The child’s wheels were turning, and they were thinking about the preparation that Earth had gone through just for them to be able to enjoy. The third great story goes on to explain that humans came with a mind to think and reason, a great capacity to love and care for one another, and hands that can create. Elementary children have a great curiosity surrounding those who came before us in history. Through these stories and explorations, and their unlimited imagination, children begin to recognize their responsibility and capabilities as human beings.

When Cosmic Education is in place, the classroom allows for a child’s exploration beyond a prescribed set of exercises, worksheets, and walls with determined outcomes.

Cosmic Education is interdisciplinary lessons, stories, and studies that leave impressions and spur curiosity. The Montessori elementary classroom is meant to capture the child’s attention and ignite their imagination. Within this context, the children can see their possibilities, gifts, and potential within the community and world around them. Possibility and potential cannot be taught, told, or formulated for a child. It is only through their own discovery and self-construction that this can be found. This can be messy and loud. Fully exploring requires the children to be able to move, share, talk, and debate about the discoveries and truths they are finding.

Link to this Post
The Art of Observation
by Megan Fellows 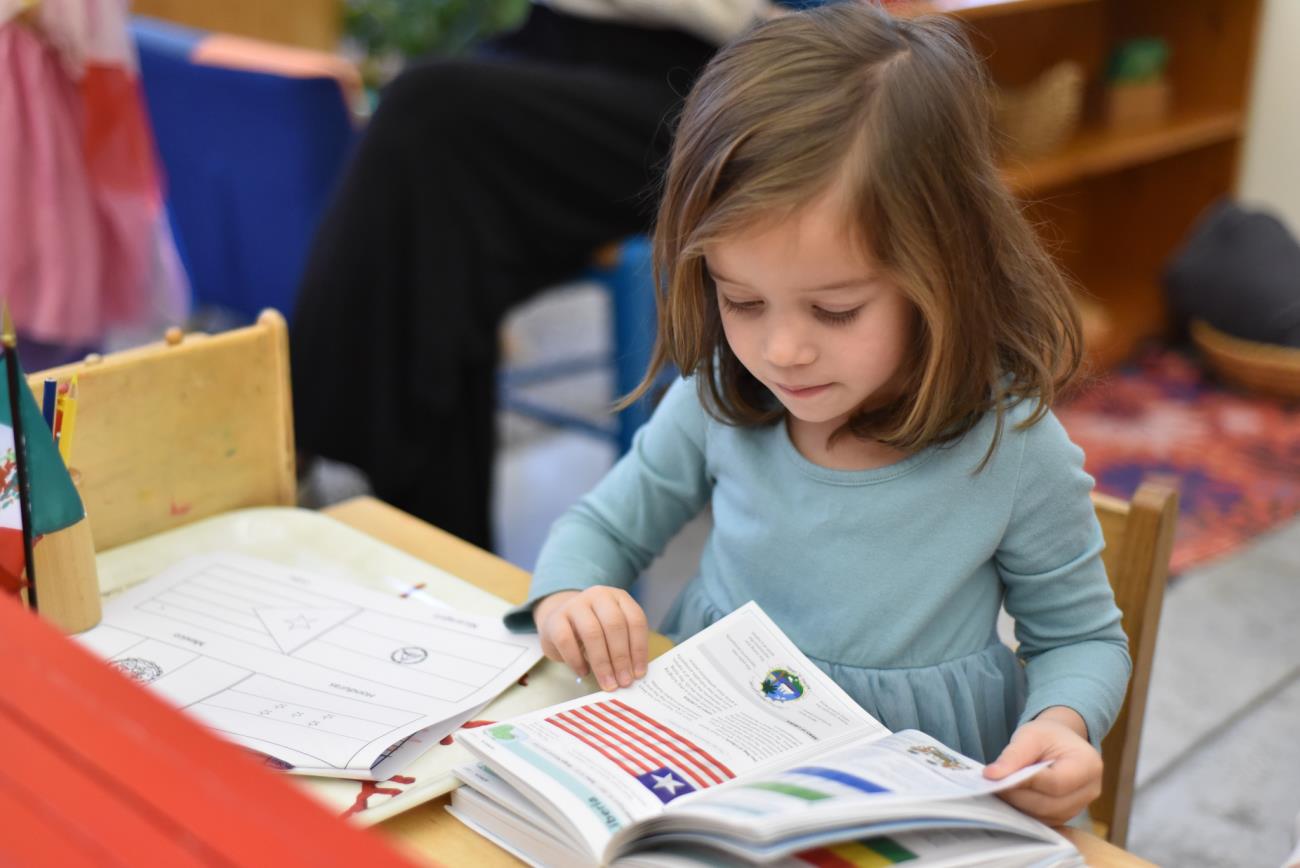 The Montessori Method would not exist without Dr. Montessori’s careful and scientific observation of children. Although the first Montessori environment was not designed for an educational experiment, the children revealed new characteristics of human development that were previously unknown. Dr. Montessori observed that children are far more capable than adults often assume, and they have inner needs that must be satisfied in order to continue developing in an optimal way. Montessori describes her observations as a “series of surprises” that led her to study the conditions that made the phenomenon possible. These conditions are now the guiding principles for Montessori classrooms and observation continues to be the most important tool in our work.

During observation, your child’s guide writes detailed and objective descriptions of the children as they work, socialize and move around the classroom. They write only what their eyes see and are trained to avoid making assumptions or drawing conclusions. Guides later analyze the information to inform lesson planning, create engaging materials and assess understanding. We remind ourselves that, “the less we act, the more we see”. Without formal observation, adults would miss some of the most magical windows into children’s understanding of the world.

Observation, however, is not just an isolated task of the guide during the school day. It is much more than a daily responsibility of the adults in a classroom. Observation is the key to understanding the true nature of the child in any environment. It is the tool needed to change adults’ perception of the child and erase many prejudices. It is also one of the vital components missing from traditional education.

As a caregiver at The Children’s House, you have a unique opportunity to observe your child at school. It is not often that a caregiver can carefully and unobtrusively watch their child without having to supervise or intervene. Treat the experience as a gift. During observation, you will be sitting quietly, not directing or interacting, not asking them to show you something and not rescuing them during challenges. This will feel really different. Here are few reminders to think about as you prepare to observe:

Do you want to dive a little deeper into the topic of observation? Head to our adult library in the administration wing and check out Mary Caroline Parker’s essay on the art of observation!