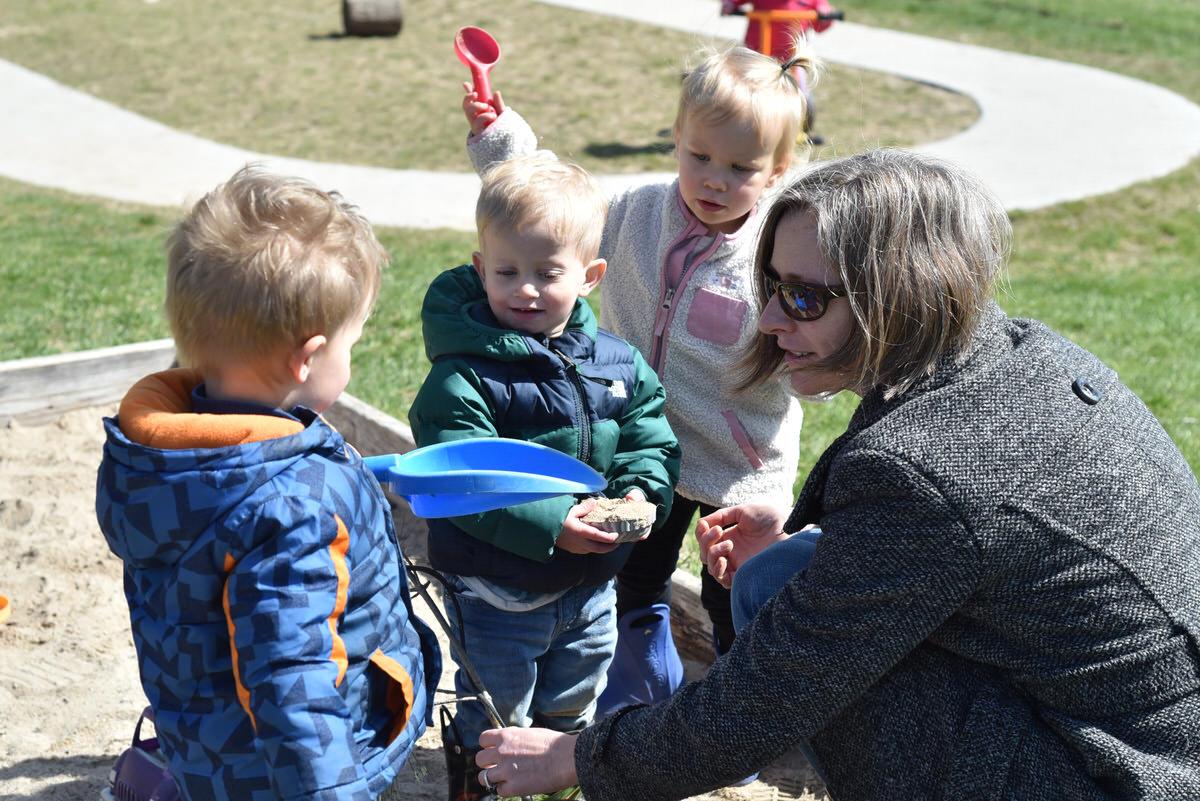 As a parent of a child attending a Montessori school, you have heard the phrase “freedom and limits” many times during conversations with your child’s guide. What does it really mean? What is freedom and why do I need to apply any limitation to my child’s actions?

Dr. Montessori said that “discipline must come through liberty.” She meant self-discipline, which develops naturally when a young child is allowed freedom.

In Montessori classrooms, every child is free to move, and make their own choices, and mistakes. They move freely around the classroom performing meaningful, purposeful activities, which often are the same activities of the adults in their life. Being trusted to open a cupboard and get the plates for setting the table or push the button on the washing machine are only a few examples of young child “privileges.” Allowing the child to perform the real everyday activities of practical life boosts their self-esteem and develops self-discipline and self-control.

Often, when young children seemingly misbehave, what they really are doing is following their “horme.” Dr. Montessori used that term to describe the “life energy” which is the power that moves the children forward in their development.

When the child discovers that he can open the door of the cupboard he often tends to stand in front of the cupboard, opening and shutting the door an endless amount of times. Is there something wrong with it? At home, when the child is the only young person in the family I probably would let it go until the urge of closing and opening the door is met. At school, it could be slightly problematic in the classroom with twelve young toddlers. This activity may take a long time and it keeps other members of the community from access to the cupboard, which eventually delays the moment of setting up the table for snack, which affects some of the youngest children who are hungry and not able to focus on the group time. As a teacher, I need to “apply limits” to the activity of opening and shutting the door of the cupboard by redirecting my young friend to some other activity. It can be a work on the shelf, a box with latches.

I would say “I see that you want to open and close something. You can work with a latch box.” Or I would introduce the latch box later during the day and bring the child back to help with setting up the table for snack: “Do you remember? We need a plate for Teddy, can you take one plate from the cupboard?”

Around two years old, the child experiences a self-affirmation crisis. During that period the child exhibits a strong need for exercising his will, they aren’t able to reason yet and simply want what they want. It is our role to help children feel safe and applying limits helps with that. When we are clear and serious about limits and consistent with consequences, the child feels that we will take control when necessary. For example, when the child is running away from us on the sidewalk, we need to react in a clear matter-of-fact manner and stop the child from danger. “I am going to help you stay safe and hold your hand.” We may expect that the child will protest and we still need to stay consistent and clear. The child may try to run away again, but every time we will apply the same limit: the consequence of holding hands. The need for running away will eventually wear off and we will be able to trust our child to walk along with us.

Children learn through the limits of what is acceptable behavior. Later the limits will evolve into responsibility. If you are a parent of a child who attends an elementary program, you will be familiar with the terms freedom and responsibility.